At Barcamp on Saturday, Harry Metcalfe of TellThemWhatYouThink and I presented some work we’ve been doing to build a web application which makes it easier to turn PDF versions of consultation documents into structured XML. Before you click on to something more interesting, give me a chance to explain in plain English why this matters. 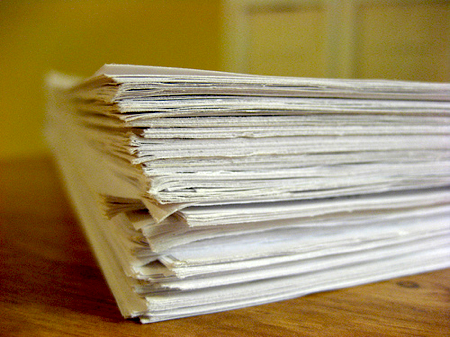 As Harry says in his write up:

Typically, a formal consultation is a pretty tedious process: a department will write up a big PDF document, print it, send it to some people, stick it on their website and wait for people to respond. The whole process is pretty dated: it doesn’t really take advantage of the web, and is pretty inaccessible to most people.

We’re not going to get away soon from the reality that the final, definitive versions of these documents live in PDF (well InDesign/QuarkXPress, then PDF) formats. Somehow, they need to be turned into something which can ‘live’ online, stimulating a conversation and real two-way interaction about policy. They need to be documents which help people get into the issues, discuss and share them, relate them to their own situation and provide feedback on the aspects that concern them.

There are a couple of nice examples of this in practice right now:

Even without surrendering quite so much control over the words themselves, there is much that becomes easier to do once the core document is structured:

The fact is, PDF files of consultations are a big soup of paragraphs, pictures, case studies and questions. To help build the kind of labour-saving tools which might encourage debate around them, we need to describe the content of the documents in ways which machines can work with (“this bit’s a question”,”that bit’s a case study”,”the consultation closes on date X” and so on). And that’s what Harry’s tool sets out to do. It’s a proof of concept for now, designed for a user community of quite knowledgable web publishing teams, and understandably still has some rough edges. But he’s overcome an impressive array of technical challenges to illustrate how investing some time in marking up a consultation document this way could open up an exciting world of potential applications. The next phase of the project is to start to build some of those applications.

Harry’s set up a sandbox environment so you’re welcome to have a look at the tool as it stands, and give us your thoughts and ideas on where we should take it next.

p.s. If you want to pick up some quick tips on how to structure website data from someone who knows what they’re talking about, read Jeni Tennison’s fantastic guide to what government should do to facilitate data reuse.

What should the Director of Digital Engagement do?