Interesting coverage in BBC News and Metro this morning of two examples of ‘government snooping’ on conversations and profiles in social networking services:

BBC News: Social networking sites like Facebook could be monitored by the UK government under proposals to make them keep details of users’ contacts.

Specialist fraud investigators are scouring details posted online by those claiming benefits to check they are telling the truth about their family situations.

Officials, themselves banned from using the networking site at work for social purposes, can find out whether those claiming to be single or living alone to get handouts are, in fact, married or sharing a household with other adults.

A good excuse to try out AudioBoo on the iPhone:

Sure, stuff you put online on public profiles is public. And yes, we want more responsive public services. But are we crossing the line when – as suggested by the POI Taskforce report – we ask officials to engage? Or is it about defining the boundaries a bit more clearly in terms of what ‘engaging’ and ‘forums’ actually mean? Given that monitoring, intercepting, listening and helping are points on a spectrum, I wonder if these are ideas many people will understand but that journalists – and possibly some politicians – won’t. 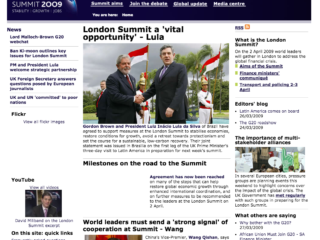