The year of the 4th Sector Pathfinders 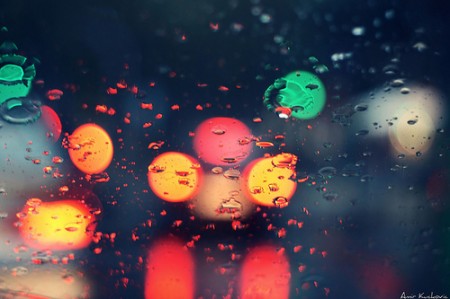 This time last year, I predicted 2009 would be the year of Less – fewer technology experiments, tighter resources, and involving a wider network of people in our projects. It didn’t quite turn out that way… but maybe I was just ahead of my time: 2010 is shaping up to be altogether more bracing.

So throwing caution to the wind, here are my top three predictions/resolutions/trends for the coming year:

Whether we see political change or continuity in 2010, we’ll see a drive towards more openness about how government works. Data on who’s meeting who, who’s earning what, what government bases its decisions on, and what’s being spent on what (including websites) are likely to appear, intentionally opening up a can of whoop-ass on us bureaucrats, presumably along the lines of what US counterparts have already started to feel.

What the Director of Digital Engagement and his small team accomplished in 2009 in terms of making public data public is impressive stuff – there’s ambition and scale in that project, as well as strong, visible political support for what might otherwise have been overlooked as a technical matter, backed up by some truly impressive, craftsmanlike technical work I can appreciate but struggle to properly understand. That’s one to watch in 2010.

Worrying less about Getting Things Done

For a couple of years now, I’ve been dangling on and off the GTD wagon of next actions, contexts and weekly reviews that never take place. In 2010, it’s time to respectfully put David Allen back in his box (taking from him the good bits of his GTD approach) but finding other ways to achieve a sense of progress and a mind like water) (h/t @marxculture). Personally, I’ll be trying to work out what really needs doing, rather than just trying to get things done. But I think more generally, 2010 will be a time to reflect on why we do what we do, what value it has and what we’re learning from it.

Reaching out to the 4th Sector Pathfinders

In 2010, we’ll realise that in St Armando’s comedy lies a noble truth, particularly for those who believe that crowds, rather than institutions, hold the key to delivering some of the public goods we want. We’re not baking a cake here, but it’s likely that if government has less to spend and is driven to think a bit more creatively, some of the most interesting results in public policymking and service delivery are going to come from self-organising groups and networks, rather than from quangos, companies or charities. It’s a challenge: government is often stronger at dictating, directing and delivering than it is at catalysing, curating and convening.

While you’re here, let me point you to three bits of festive brainfood elsewhere: Is social media safe for work? 4 comments on “The year of the 4th Sector Pathfinders”