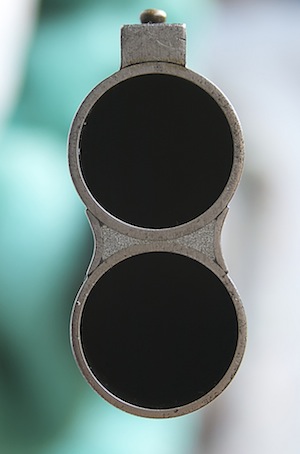 I’ve been chatting to quite a range of folk grappling with the issue of what to do – on a shoestring – in the digital space with their Department in this brave and uncertain new world. It’s fair to say that digital plans in government right now have to take account of three realities:

Here are three ideas I would be looking at:

Everyone know Netmums, of course. But there’s a big wide world out there from The Student Room and Moneysupermarket to Pistonheads and Shooting People; The Poultry Keeper to Runners Forum – plus a thousand hyperlocal and hyperniche blogs some with suprisingly influential readerships.

Members feel ownership of these spaces, so it’s not good enough just to buy ads or spam a discussion thread (though buying a few ads might be a nice way of showing support). If your team feels comfortable moving away from broadcast messages and branded campaigns, working directly with online communities offers a way to talk directly with a highly-targeted audience and build a two-way relationship with them. That sounds like a cliche but it can really work, with discussions and links in these spaces living on longer than any PR agency retainer would have done.

Start to map out the forums and communities in your arena using good old search tools, Twitter lists and Facebook groups. Put out feelers to the admins and moderators, pay some visits their offices if they have them and buy some coffees. Find opportunities to work together so when something comes up, you can phone a friend. Will Perrin reports some good stuff from HM Treasury along these lines, supporting the Budget last week.

A key element of achieving a more authentic tone in communications is giving voice to members of staff to tell their stories, within the constraint of remaining a cohesive organisation. DFID, UKTI and the FCO do it with their bloggers, fast-growing startups like Huddle do it on Twitter or like Abel and Cole on their blog. The Auckland Theatre Company’s Posterous blog lets interested audiences into a virtual green room to learn more about the company.

In times of austerity, encouraging staff to tell their own stories is paradoxically thrifty: it develops and extends their skills, it increases their engagement with their work, it helps them build new partnerships with people who can help on the outside, it helps the organisation make links between different areas of work, and become more comfortable collaborating with others. And of course, it presents a human, open account of what the organisation does to the outside world. Which in turn becomes more appreciative of what an ambassador, a policy official, a faststreamer or – gasp – a press officer, actually do.

Set up something simple with Posterous or Tumblr, or something a bit cleverer with WordPress.com. Recruit half a dozen varied interested amateurs to get involved, and expose them to how other bloggers think, write and respond. Help them film things on their phones or take pictures when the words aren’t coming easily, and channel their posts through someone in Comms who has the gift of common sense.

Put together a listening strategy

This is also a good time to develop a plan for how monitoring and feedback will be gathered and used – the scale of response to the Programme for Government and Spending Challenge suggest that Britons in their thousands are potentially willing to contribute their ideas to the Coalition.

But it goes without saying that there’s no point inviting comments unless you can review them properly, and even then, it’s better to be able to point to a timescale and process for responding in a way which makes the exercise worthwhile for all concerned. So it’s good to see the Spending Challenge team setting out that they will monitor blogs, social networks and WikiLeaks (excitingly), and provide some indication of how ideas will be filtered. But to save yourself time and pain later, put together a short listening strategy now, setting out:

This isn’t just another notorious Twitter strategy (fine as that was). By thinking some of these challenges through now, Ministers and policy officials will get better advice not just on what tools to use, but on how to make digital engagement something sustainable and credible in the coming years. 10 comments on “More for less: three cheap ideas to do now”