The Minister, the Entrepreneur and the Civil Servant: a cautionary tale

I’ve come across this little situation enough times now to make it worth a quick post here. It’s the story of the innovative SME, the minister, and the civil servant. And it’s not exactly a fairytale.

The story starts well enough: an enthusiastic entrepreneur develops something clever. They think it could have a great public policy application, so they or their well-connected guardian angel identify the relevant minister at an event. “Sounds great! Come and tell me more sometime” says the minister, over a glass of austerity orange juice. Or maybe the entrepreneur just phones up and gets lucky. Either way, the day comes, and they’re sitting in a Whitehall office, pitching their thing to the minister, his private secretary and the civil servant in the policy unit responsible.

“Well, this is great, we should do this,” says the minister “[Policy dude]: will you work with [Entrepreneur] to see how we can support this?”. Awkward nods and handshakes all round. Private Secretary sends round the email of action points. The Minister’s office move on to other things. Entrepreneur leaves the meeting with a spring in their step. Policy official bins the business cards.

Days pass, but the policy official doesn’t get in touch. Entrepreneur sends a ‘look forward to working with you!’ email. No reply. Tries calling, and gets some promises about a feasibility study. Months pass. In desperation, Entrepreneur emails the minister’s office, chasing progress. The system kicks into life, emails go back and forth, and eventually The Problem email gets sent. There are variations on The Problem: maybe it’s too expensive given current budgets or can’t be procured directly under Department rules. Maybe Department X is doing it already with Scheme Y. Maybe a pilot is in the field whose outcomes can’t be prejudiced. Maybe it’s already in hand within the forthcoming White Paper strategy. The idea dies with a whimper, not a bang: in a noose of noncommital emails in which nobody says ‘I’m out’ but everybody knows they are.

The lesson here is that ministers don’t spend money. They set priorities, they define targets, they set deadlines, they sign off on wordings and – to an extent – strategies. They front policy in Parliament and to the media. They reassure stakeholders, pacify opponents, negotiate with Treasury, visit pioneering projects, articulate the vision in speeches and articles, and chase progress on delivery. But they don’t spend money. Not really.

Ultimately, for something to be done or financially supported in central government, a civil servant has to do it. It’s odd to imagine it, but civil servants hold the budgets and decide what they get spent on (hopefully responding to the Minister’s priorities). They run the programmes, organise the procurement, choose the suppliers, manage the projects and report on the results. Very occasionally, ministers step into some of those decisions, but it’s rarer than you’d imagine as an SME more used to trading with powerful CEOs.

What does this mean for the innovative SME entrepreneur? Basically, find the civil servants who will have to work with you to deliver the idea, and be useful to them. That doesn’t mean hard sell or showering them with hospitality, which are almost entirely counterproductive. In the current climate, it’s quite possible that they can’t spend money with you at all, and procurement isn’t just an excuse: it’s a genuine barrier much of the time. But if they know what you do, in broad terms, and that you have a creative solution to problem X, that could slot brilliantly into next month’s White Paper, then you’ve already got a head start on the scenario above. It might be that they can work with you in another way: perhaps the recommendation of a ministerial visit, an invite to a high-level breakfast or trade mission, a reference to “innovative British firms such as Widgets Inc doing great work” in a big speech, or a case study in a strategy. They’ll know who does have money, which might be a quango or grants programme they can put you in touch with.

And that potential goodwill will hardly ever materialise if their first experience of you is the somewhat stressful experience of a Ministerial commission in an awkward meeting.

So, who you know does count. But it’s not always the guy in the Prius. 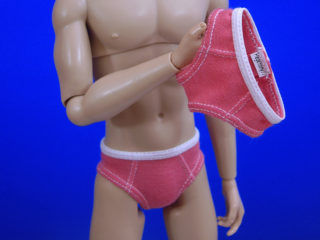 4 comments on “The Minister, the Entrepreneur and the Civil Servant: a cautionary tale”