So recently I blogged the first part of my charge-sheet against the (otherwise jolly decent) alpha.gov.uk. Here’s where they really boobed… 😉 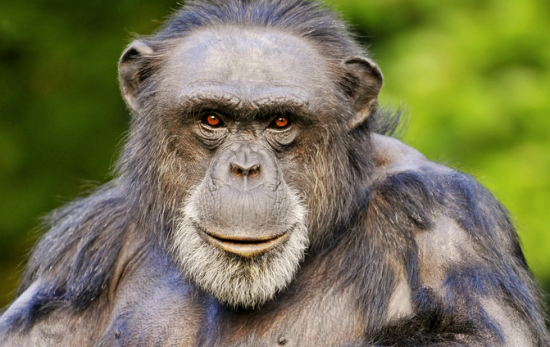 It’s great that a team of (largely) government outsiders have taken a long, hard look at top tasks and search logs, whittled down the key ones, and pushed them hard to be simpler and slicker online – no mean feat. But they’re still a long way from being simple and slick in many cases. The (admittedly unfinished) ‘Do I need to register for VAT?‘ tool is clicks and clicks and clicks through questions about exempt supplies and thresholds and partnerships which is only marginally better than Business Link manage. In most cases, actually making dealing with government ‘less faff’ as Alphagov aims to do probably needs to involve some blood-on-the-wall sessions with process and policy owners plus lawyers and operational researchers, calling in a Minister when things get really sticky.

It’s not Alphagov’s fault, of course. But there are limitations on what you can do as a skunkworks team, owning the user experience but not the process which gives rise to it. To deliver on the promise, Alphagov needs to cultivate a sort of orbit of ?product managers who successfully impose great UX on unpleasant reality; part crusader, part human shield around the Alphagov principles.

Not ‘Relationship Managers’ (important as those fine folks are too).

Yeah, we get the natty little pin under the logo, and the geolocation stuff is neat when it works (actually, that’s harsh: the geo stuff in Alphagov is really very good from a user perspective alone). When it comes to housebuying, location is everything, but there are some other dimensions Alphagov could use to winnow down content and provide insightful recommendations without demanding onerous personalisation.

My optimistic interpretation of the former PM’s vision outlining ‘MyGov’ was a website homepage which asked a few simple questions – think slider settings on an iPhone app – and started to present stuff likely to be of interest to you then, and on all your subsequent visits:

Shove the answers in a cookie (yes, yes). You might not even need to ask about age to be able to make some pretty good predictions based on correlations with the other answers, given enough usage and Hitwise data.

8. It’s just you and the machine

When I started a business, I had all kinds of questions – where should I define my registered office to be?  Was the VAT flat rate scheme I’d heard about worth doing? What makes a good accountant for a little web business? All of which were answered in the conventional bland, half-arsed way by Business Link (£2.15 per user visit) never giving a straight answer – because government often can’t really tell you those things; only individuals free to talk about their own experience can. I found the answers on the discussions on Smarta, BusinessZone, Startups.co.uk and so on, who gave me the answer for free (along with some ads I mainly ignored).

That’s what the web is great for, and why I hosted an event last autumn to bring government marketers and online communities together. Hundreds of thousands of students talk on The Student Room and give advice to freshers and pre-applicants. Thousands of mums talk about their lady gardens on NetMums and Mumsnet (amongst other things, thankfully). The WordPress and other open source communities run on listservs, groups, Trac, Codex forums, hashtag communities and more, asking and answering questions, and providing a search engine trail for people to follow months later.

It’s 2011, and there’s no community on Alphagov, nor links off to it. Even Directgov has that in odd places.

9. It doesn’t make the case for a single domain, just a better citizen supersite

I was impressed to hear about the extent of the Alphagov team’s immersion in site traffic and search data from Directgov at the part of the project, and the prioritisation of tasks and content that stemmed from it. It would be interesting to see the same process was applied to corporate and quango site data (apologies if it was), where from my own experience the goals and audiences are pretty complex.

Alphagov has real promise as a vision for a better Directgov, and to an extent, a better BusinessLink (but it feels like merging the two doesn’t add much to the experience – just a design challenge). But beyond generic corporate government stuff – who’s who, what’s big news this week, maybe aggregating things like press releases and consultations – I don’t see the improvement it delivers by piling in more corporate Departmental stuff.

I’ve raised this before: corporate sites, when done well, can service specialist stakeholders at low cost, be a flexible platform for digital engagement and make government more efficient and transparent: a window on the wormery, not a neat layer of turf on top. Let Alphagov make digital public services work for citizens, but don’t break it by importing the policy stuff. Let’s keep Departmental sites for that, with tough objectives and tight budgets.

The Alphagov team have been emphasising quite rightly around the launch that it’s a prototype, and a rare one at that, released to public view as an example of a vision, but not a public service as such, not even one in trial mode. Hence ‘alpha’, the first iteration.

But the style and messaging around the project (UPDATE: to be clear, not from the Alphagov team itself), especially to government webbies elsewhere, has been a different kind of alpha – the best, the supreme. The alpha male gorilla in the government web jungle. Bumping off the bigger beasts first, but coming for everyone in the end (if they step out of line).

Last week, the MailCamp event I helped organise saw 80+ dedicated, intelligent webbies get together to talk about optimising their email marketing and alerts. A couple of hundred local gov webbies will meet on a Saturday in June. There’s a new regular meetup kicking off next week about internal comms and intranets. Practitioners inside and around government chat on Twitter all the time about making public sector digital better. There are some pretty kickass teams doing that in different places right now, practising a sort of ‘organic innovation’ that’s as good as you’ll see anywhere in the world.

There are times when you need to clear out and start again, bringing fresh minds to the challenge. But there are some pretty alpha gov webbies out there now wondering what the future offers for them, and that’s the biggest question Alphagov and the people deciding its future need to answer.

Full Disclosure: I did a short piece of paid work as part of a small external team for Alphagov, looking at digital engagement. So in truth, failings on that score are my failings. But blogs are for carping, right?