As someone on the fringes of the Single Domain project (AKA Alphagov), conversations in recent months have often turned to the ‘global experience language’ in development, as in: “well, X will need to fit with the GEL…”

The GEL is the vision which will guide the user interface to the site including the layout, iconography, brand values and so on, described by project director Tom Loosemore in his post announcing the beta. A first draft is due around the same time as the beta of the site, early next year. It is likely to draw inspiration from the model which informs the look and feel (and much more besides) of the BBC’s online properties.

Even more so than the grids and font guidelines, the BBC’s 10-point design philosophy is really interesting:

I wonder which of those might translate into the Single Domain’s GEL? This musing reminded me that around 5 years ago, I did a small project for the then-nascent Directgov distilling the customer insight it had acquired, trying to articulate the rationale for the single citizen website in terms of the problems it set out to address, and the outcomes it hoped to achieve. Everyone involved has since moved on to bigger and better things, so I think I’ll risk sharing those slides here: 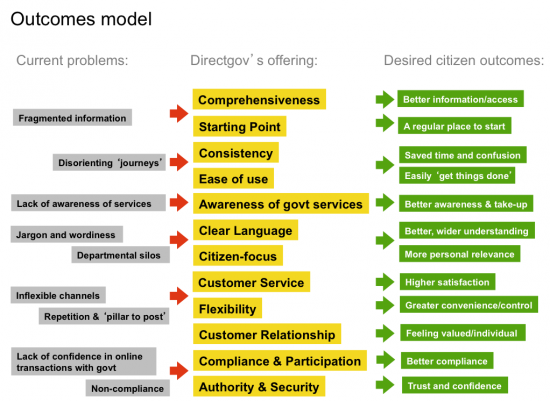 …and what it was about those benefits or principles that made it interesting, useful and unique: 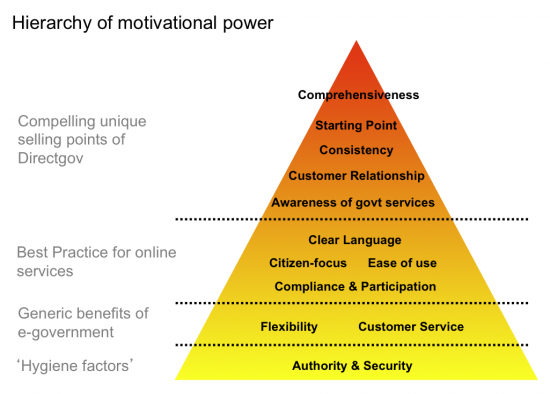 Looking back, I think some of those principles are a bit uninspiring, but the idea of a hierarchy of benefits still holds water, I think.

Anyway, amusing to me. 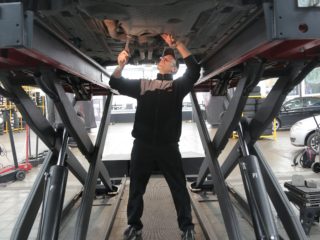