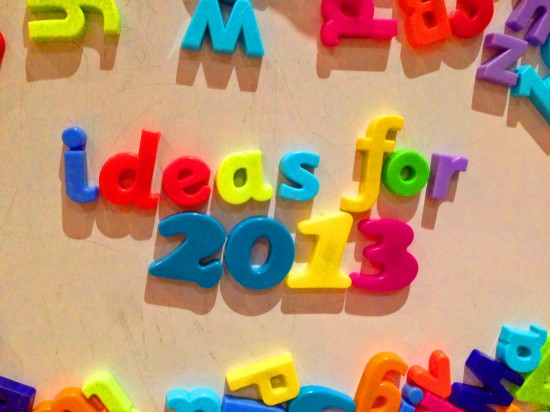 Things will be tight in the public sector – and local government especially – in 2013. So far, so Mystic Meg.

I don’t underestimate the effort required by the brave souls who, unlike me, are still in public service, just to keep the lights on next year. But it’s not a question of martyrdom: a lot of folk I meet are rather enjoying the challenge and the opportunity that some of that disruption has created. Digital channels look suddenly rather appealing, and as GDS begins to solve age-old headaches of corporate web publishing in central government, more interesting ways to apply digital tools start to emerge.

So without making predictions, here’s a suggestion from me for 2013: try something a bit wackier for 2013. Eschew that new Pinterest board, tell the boss you won’t film them for YouTube this time, and don’t set up that Facebook page right now. Try something that sounds a bit odd, see what happens, and share what you find – like the guys at BIS did with their Instagram Your Policy idea (whose time will come, I say). In fact, here’s five wacky things you could try:

Wacky for wackiness’ sake? Not intentionally I promise. In fact, here’s a test to apply to any proposal before you sprinkle the wacky dust on it.

Be confident saying ‘yes’ to all three before sprinkling. And have a wacky 2013. A vision for engagement and participation online Building on the Barcamp buzz