I attended the launch of Labour’s Digital Government Review tonight: the culmination of a few days’ fiddling and some heroic web publishing by my colleague Al, helping the Review team get the report online in commentable form. I didn’t have anything to do with the content, but I think there’s some interesting ideas contained within it.

In his 1971 book A Theory of Justice, political philosopher John Rawls developed the concept of a ‘veil of ignorance’: imagine suspending the self-interest that colours your normal worldview and imagine that you choose the organising principles society without knowledge of your wealth, disabilities or privileges. With that in mind, you determine what you’d be willing to accept as the basis for the distribution of wealth and other goods. For me, his most interesting conclusion is that it would rational in those circumstances to demand that a test of any new principle be that it should offer the greatest benefit to the least-advantaged members of society. After all, that could very well be you.

Back in the real world, digital services from government and others suit me rather well, though I might feel differently if I were old or rural or dependent on libraries to access my email.

I’m not sure I agree that GDS is wrong to focus initially on taking cost out of big online transactions like car tax renewal that can better be spent elsewhere, but I do like the idea that the social value and impact of digital services should be given more priority. Assisted Digital efforts are important, but feel small-scale right now in the context of the powerful and strengthening factors working against the least well-off.

I also enjoyed Will Perrin’s contributions, which I suspect include a fine section on the need to nurture, engage with and where appropriate catalyse digital communities to support offline services and for open policymaking (UPDATE: I understand credit should also go to Jeni Tennison and the Newcastle Uni Digital Civics programme). I remember helping Will put the Power of Information Taskforce online in commentable form five years ago, and it’s encouraging that we’re starting to hear stories from people in our training courses these days of links they’ve built with forums and bloggers, and that we’re being commissioned by public sector clients to help them develop their approach to doing this.

The other thing that came out of the Power of Information Taskforce project was the open sourcing we did of the tool itself, which ended up being used in other Whitehall departments, and found its way to Australian local government thanks to the magic of the internet. There’s a bold idea in the report about ‘digital factories’ for local government, where council teams come together to solve local problems and open source the solutions, which feels to me troublingly close to the lumbering, Ozymandian National Projects of a decade ago, minus the wadge of cash. Usefully open sourcing your work is hard – it takes commitment and patience and lots of otherwise billable time supporting sometimes ungrateful users. Commit-to-Github-and-they-will-come is an optimistic approach.

But two somewhat technical points got me nodding. Firstly, the need to look at why so much spend goes through G-Cloud’s Lot 4 (cloud services) and whether that’s a sign of a missing framework (yes it is: we need a way to buy and sell bespoke digital build services and advice). Secondly, the lack of career paths in government for digital specialists.

It’s a long document, and a fair bit of the mud thrown at current government digital delivery models doesn’t really stick I think – because GDS does so much right, and the bias from the top towards SME procurement, agile techniques and a user-led approach to service design has genuinely begun to transform things in the last few years.

But the central idea remains powerful. What would digital services – and the principles for handling of data about us – look like if they were based more on social value and fairness, rather than mainly about economic costs or market opportunity? And would we then endorse them no matter how disconnected or disenfranchised we happen to be? 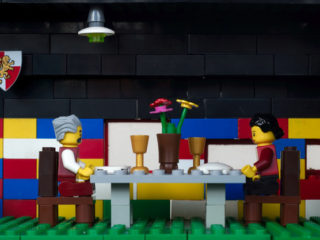 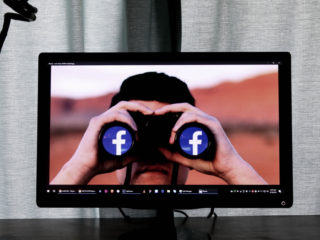 Which constituency is that in?