I was sorry to see the Science & Innovation minister get the chop.

Over the previous few months, we’d done some remarkably creative things: one of the early commentable policy documents, and a properly digital consultation on a White Paper. I’ll admit to being somewhat starstruck by ministers on the whole, so it felt like we’d built up familiarity and a licence to be more creative, and would have to start again with whoever the new minister turned out to be. Rumour was that he was a Lord, a businessman and party donor parachuted in for the last 18 months or so before the election. Damn.

But Lord Drayson turned out to be a more interesting character than I’d expected. A few days later, I trotted off with my boss to his room in the House of Lords to brief him on our digital work. I’d prepped some slides: the potential for social media to help the Department talk to our stakeholders, how we were using Twitter, how blogs might help shine a light on interesting stories which the media didn’t tend to cover etc. He turned up grumpy as I recall, and didn’t give much away as I launched enthusiastically into my material. After a while he interrupted: “Do I look like I need to be convinced about this stuff?”

It took the wind out of my sails, and he told me about how he’d been using social to promote his racing team, and how he felt government should be doing much bolder things than just running corporate Twitter feeds of press releases. The case for science funding needed to be made more strongly, in public, mobilising the constituency of blogging scientists and engineers. In the months that followed, he self-podcasted his ministerial visits, took on bloggers in head-to-heads, ran ad hoc Twitter Q&As around the budget, took the sting out of social media crises with a deft and timely tweet or two, and challenged the Department to handle public enquiries through social media.

The lesson I learned was that I hadn’t researched Lord Drayson properly: a cursory look through his Wikipedia page told me about his PHD in Robotics and £80m in the bank from a medical technology business he’d sold, but didn’t tell me the most important thing: he was in government to do a job for UK science, and he wasn’t going to fuck about playing it safe.

Over the coming months, he proved to be one of those really important ministers in digital engagement terms: the impatient, creative and sometimes brave ones who see the digital world for what it is: just the regular world, but easier to talk to. David Miliband encouraged a youthful Neil Williams into setting up a wiki at ODPM, and later drove the growth of Stephen Hale & team’s Digital Diplomacy group at the FCO. Tom Watson pushed the Cabinet Office to consult in the open, and more recently, tweeting ministers like Jo Swinson or Matthew Hancock have pushed for active engagement in online communities or real-time web publishing of their speeches.

Whoever walks into ministerial offices after the 7th May, it’s likely there will be new faces with big ambitions and even higher expectations about how digital tools can help them win stakeholder, media and public support. We’re working at the moment with several organisations getting their leaders and teams ready for Day 1: whatever a new breed of ministers, SpAds and others across the public sector may be expecting in terms of the digital support at their disposal.

In five years, the tools and platforms have moved on, and like Lord Drayson, there’s less need now to convince leaders of the importance of digital and social media. But the challenge remains helping ministers, leaders and people in policy and operational roles to apply the right techniques and content intelligently to what they do as part of a sensible plan with plenty of lateral thinking. We’re doing some of this through supporting digital engagement pilots and pioneer groups, and through our Digital Action Plan, which blends face-to-face and self-paced online practice.

So far it’s looking promising, though the real test will come in a few months’ time when the fresh faces arrive to pick up their red boxes and find out what their civil servants can do for them. 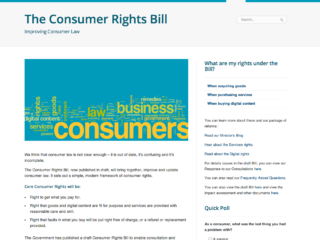