I’ve been at the annual summer CommsCamp unconference event in Birmingham today organised by the awesome Dan Slee, Emma Rogers and volunteer team.

The 20-things-I-learned format is a good one, so here goes again:

I had an exchange with Esko from Satori Lab about to what extent public sector comms people can really be expected to start adopting networked behaviours when so much of the world around them, from unions, to leadership, to the press office model, is so hierarchical and naturally adversarial.

But on reflection I think I was wrong – or at least, not ambitious enough.

It’s clearly good to do classic corporate comms better with more engaging video, faster crisis comms and better co-ordination of Twitter accounts. But there’s a bigger opportunity for the individuals working in organisations to properly work with each other and with citizens through digital tools. It’s the kind of community engagement I’ve been blogging about here for almost a decade, that takes courage and passion. Depressingly, that kind of digital comms is still rare and some are still being burnt as heretics in their organisations.

CommsCamp, OneTeamGov, UKGovcamp and events like it are about reinforcing the network and building our collective confidence to agitate for change, not simply to accept the status quo and our place in it.

Because if not us, then who? The Wheel of Misfortune 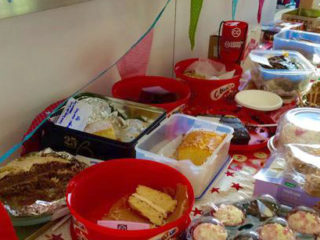 20 things I learned at #CommsCamp15