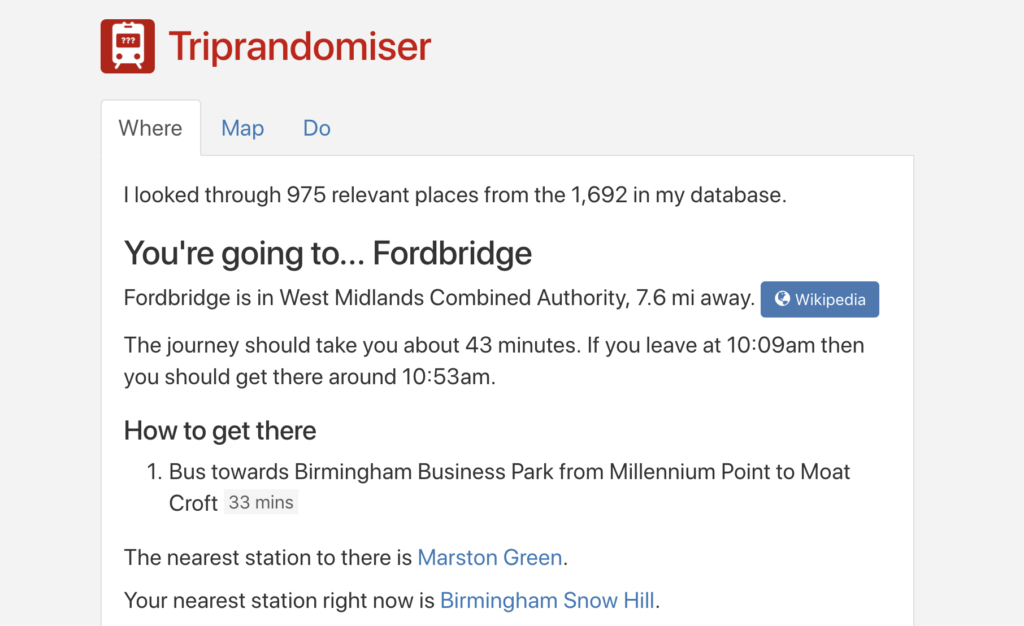 My family enjoys trains, apps and adventure. In Episode 1, this led us to a half term adventure with The Traindomiser, an app we made to help us pick a random UK destination and tell us how to get there by train. We had a good time, via Wellingborough, Ingatestone, Aldershot and Southend.

Our first Traindomiser trip had a few limitations:

We’re hoping version 2 of our app, now called Triprandomiser, will help. And this ain’t no stinking bug-fixes-and-performance-improvements release either, yo.

We’re off almost as far north as the Triprandomiser can take us, starting from the island capital of Orkney, Kirkwall, and (hopefully) finding our way home. Beyond the first night and a vague plan to play Britain’s most northerly mini golf course, we’re in the lap of the gods.

If you’re curious, you’ll be able to follow our adventures here.