Lessons from the first 1,000km as a new bike commuter 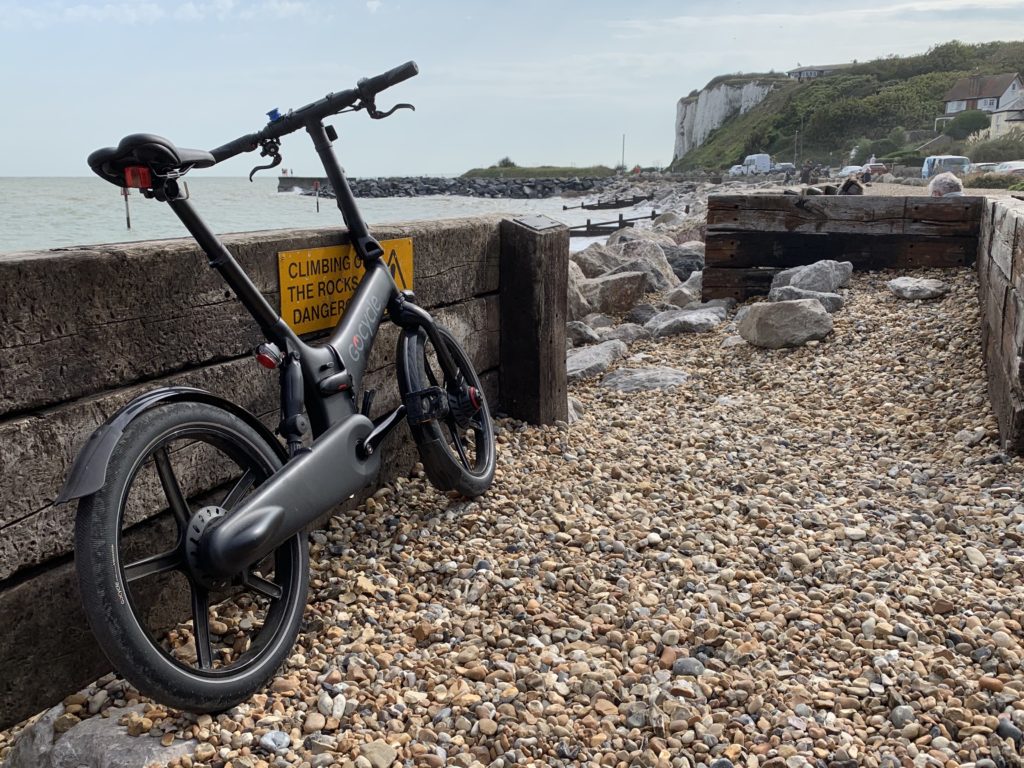 I noticed the other day that the odometer on my bike had ticked over 1,000km of riding.

There’s a sentence I wouldn’t have anticipated writing back in February.

In Spring, as lockdown started to ease a bit, I started looking into how I might get to work in central London from where I live – ten miles to the south east – without using public transport. For almost twenty years, I’ve been a tube or train commuter into the city centre, so this for me was a bit of a departure. Before then, I was a regular cyclist around a university city, but I never got into the habit of riding in London – too worried about traffic, weather, bike parking and the etiquette of arriving at work a sweaty mess.

So to tackle some of these, and after some pretty thorough online research, I took delivery in late May of a Gocycle GX via our cycle to work scheme at Helpful.

If you’re interested in the bike, here’s a great overview:

While the bike is about £3k, salary sacrifice schemes knock about a third of the cost off, so if you’re able to set one up or lobby for one where you work, it’s a great deal. Take a look at the Green Commute Initiative for a particularly good one.

I really, really like my Gocycle. The downsides are weight (it’s a chunky thing to lug up stairs), cost and parking (it doesn’t have the subtlety to comfortably leave it in a bike rack, or the Brompton-like compactness to fold and carry into your meeting). Though it feels well-made, I’ve already managed to break a couple of minor bits that need the manufacturer to fix.

But compared to riding a regular bike, it’s just so much fun – light, smooth, and effortless up hills, no matter how steep. It charges overnight in my hallway, and does about 30 miles I reckon on a charge. You have to pedal a bit for the motor to provide assistance, but depending on how you’re feeling, you can top up the support on demand with a secret button that will help you nip over a tricky junction or shoot up a tough slope.

And South London has some tough hills. I can’t imagine regularly cycling up them without an e-bike, or lugging a regular-sized bike through my house each day. The smoothness of the bike is amazing, and it’s the kind of strange contraption – like only having one fork per wheel – which gets nice comments from passers-by. “That,” as one white van man nodded from his window at the lights in Herne Hill, “is one nice bike.”

So what have I learned so far?

1. The number 1 rule is survival

For me, cycling can be a competitive endeavour, even when I don’t intend it to be. I joined Strava to track my routes, but it’s hard to resist the urge to try and beat your personal best times (I’m not yet at a level to try and compete with other cyclists, thankfully). When you’re riding, it’s tempting to try and get out in front, be first across the junction, overtake that dick in the BMW at the lights. And when you’re coming up to that interminable red light again with no sign of traffic or pedestrians, it’s tempting to carry on across.

I’ve not really had any serious near misses yet, thankfully, but I remind myself from time to time the number one goal here is survival. I don’t really need to shave 30s off my hour-long journey, or get my revenge on that driver. I’m a stickler for stopping at red lights (not quite so good at signalling yet), but generally just try to be the cyclist I’d like to grow old as.

Part of that is a new attitude to my wardrobe. As a blues, browns and greys kind of chap, it’s been a departure to start buying neon. I see more stylish cyclists around me but in dusk I’m staggered how many cyclists fade into the shadows on their hipster bikes. Meanwhile, I like to think I’m visible from space with my Inspector Gadget-style headtorch. So far, so good.

3. Get a route planning app and a quality bike mount for your phone

Cycling new routes can be a challenge, as I don’t have the best natural sense of direction. I experimented with various routes to work in the early weeks and tried a few different apps. I’d recommend a dedicated cycling maps app which knows the quieter routes and works like a satnav to replan your route if you miss a turning. My favourite is Cycle Maps on iOS which I use with a QuadLock mount and case. I was always curious about Tim’s strange phone case but it looks like the best option for getting a phone quickly on and off your bike, and it makes your phone more comfortable to hold generally, too.

4. Keep the load off your back if you can

Maybe because I started in the summer, I realised fairly quickly that cycling with a rucksack gets a bit icky on hot days. Gocycle makes an (extortionate) pannier bag that weighs a slightly annoying 3kg before you’ve put anything in it, but it does mean you’re riding a lot more comfortably. I think saddlebags – which aren’t really an option on a Gocycle – would be even better.

5. Cycle paths aren’t all they’re cracked up to be

Logically, cycle paths should be great. Separate from the traffic, you can pootle along unbothered by van drivers, boy racers and buses. But actually, for every nice stretch of cycle path there’s two or three which are full of twigs and rubbish, rougher than an unmade road, peter out suddenly and chuck you back into the road, or are full of annoying cyclists (too fast/too slow, no room to overtake/be overtaken). I’ve spent quite a bit of time in The Hague over the last few years and cycle paths in the Netherlands are a whole different infrastructure, part of the landscape rather than political press release fodder. Give me a quiet backstreet – or even a bus lane – over a cycle lane, any day.

6. Wind is worse than drizzle

I feared the rain and I’m still a bit anxious about getting really wet. I’ve learned to keep a spare set of most clothes at work now, but I’ve also learned that cycling in the rain – as long as you’ve got a good jacket – isn’t all that bad, and builds a bit of character. What’s soul-sapping and miserable is struggling up long, slow hills in a headwind, or being buffeted by crosswinds.

This one is from my colleague Phil, and I think about it all the time when riding. You don’t need to ride in the gutter – the road is yours. When turning right, take control of the lane with confidence, like a car would. When on a roundabout, own it. For more on this kind of mindset, there’s a set of practical videos from British Cycling, which I joined as a commuter member a month or so into cycling, on how to get confident with your commute.